Why Men’s Health is Too Important To Ignore We recently celebrated Men’s Health Week (June 10-16). It’s an important initiative that shines the spotlight on men’s health issues and encourages men to take charge of their health and wellbeing. It’s clear that men face different health issues than women and we blokes also have different needs.

Did you know that on average, Aussie men live five years less than women? This statistic alone is worrying. In fact, the Australian Bureau of Statistics Leading Causes of Death by Gender shows that the death rate from the main causes of death is usually higher for men than women. In fact, more men than women die from heart disease, trachea and lung cancer, chronic lower lung disease, colon cancer, leukaemia, diabetes and suicide. And recent news suggests that the rate of male suicide and suicide attempts has been grossly underestimated. Men also experience higher rates of addiction and injury or death from violence and crime.

From a dietary perspective, a high saturated fat and salt intake, inadequate fibre consumption and too many sugary drinks increase a man’s risk of heart disease and other nasty illnesses. The key to dietary success is getting the balance right. The focus should be on consuming whole foods. Think plenty of fresh vegetables, fruit, dairy, whole grains and lean proteins. Not to mention slashing our alcohol intake. That advice goes for both genders. However, data suggests that men drop the ball more than women when it comes to healthy eating.

Further, prioritising measures to improve men’s health outcomes is crucial. The National Male Health Policy released in 2010 identified six key areas to focus on. These include optimal health outcomes for men, health equity between population groups of males, improved health for males at different life stages, a focus on preventive health for males, building a strong evidence-base on male health and improved access to health care for males. The focus must be on wellness and not just illness.

So what can be done on an individual or grassroots level? It’s clear that men need to start reaching out and discussing their health with their partners, friends and health professionals. The first point of contact should be the GP. Your GP is like the head coach of a football club as he/she oversees the general progress of each patient and liaises with other health professionals in the patient’s support network. 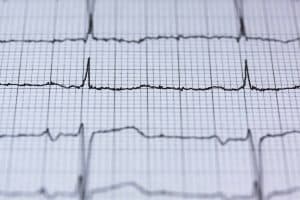 Men should have annual health checks. Just like we take our car to get regularly serviced, it is crucial that we get a regular check-up too. Cardiovascular disease, diabetes and some cancers can often be picked up in their early stages when treatment is almost always more effective.

In my role as a dietitian, I see a large number of men who come to me for dietary guidance once they’ve been diagnosed with something sinister, whether it be elevated blood sugars, high cholesterol, high blood pressure, after a diagnosis of diabetes or following a heart attack. Very few men come through my door to discuss disease prevention. It’s mind-boggling. I know I can offer people so much more when they come to see me earlier.

It’s high time we acknowledge that our most important piece of machinery is our own body, not our bank balance, list of achievements or even our beloved cars. But when it comes to us blokes caring for ourselves, we are usually not that good at it. We often take the “she’ll be right” attitude. However, that just isn’t working. Something clearly has to give.

Now, I admit that in the past, I’ve also been guilty of “everything will be fine” arrogance at times. Several years ago I had some chest pain and acted like it was no big deal. Thirty-something men don’t get chest pain, or so I thought. It was only after some nagging from my wife that I sought medical advice. In the end, it was simply a twinged muscle, but in hindsight, I’m glad I sought some professional advice to put both our minds at ease. You might say that I bit the bullet and manned up to it.

To help promote men’s health issues we need health ambassadors to spread the message. State and federal governments should consider appointing a Men’s Health Minister to oversee community-based projects and national initiatives aimed at improving the lives and health of Aussie men. If men had role models or leaders effectively working in this space, it would encourage men to be more proactive about their health.

Finally, it’s all well and good to celebrate an annual Men’s Health Week. But that still leaves 51 weeks of the year when men’s health issues are out of the limelight. And that’s got to change! The health and longevity of Australian men depend on it.

Are we man enough to accept the challenge?

See my Men’s Health campaign to encourage more men to get into the kitchen to create nutritious and delicious meals.