Warne’s death proves that men are not invincible In the aftermath of Shane Warne’s death, it is important to have a conversation about men’s health and dietary habits because it’s clear that blokes need to do better to look after themselves.

Men are less likely to visit their doctor to discuss their health or worries. The macho-man mentality may be at play here. However, subscribing to outdated views about masculinity is just not cutting it. 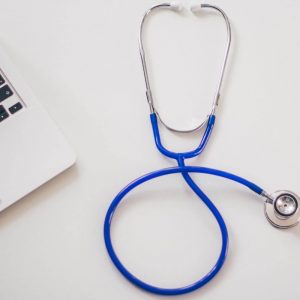 There are several reasons for these health disparities (known as the men’s health gap). Men tend to be less proactive about their health, are more likely to take more significant risks such as drinking to excess, smoking and abusing drugs, be less socially engaged, and visit their doctor less frequently.

Here are some things to consider.

A large number of men worldwide are fighting the battle of the bulge. Being overweight can predispose us to heart disease, diabetes and some cancers. Carrying extra weight can also result in reductions in testosterone levels in men. Testosterone is the primary sex hormone in males. It plays a role in promoting secondary sexual characteristics, bone health and muscle mass. Low testosterone levels can result in reduced sex drive and poor energy levels.

Further, the statistics on mental health issues in men are staggering. According to Beyond Blue, one in eight men will experience depression in their lifetime. Data shows that men are less likely to turn to help when their mental health reaches a critical point, which may be one reason for this significant difference.

Starting a conversation about mental health and other issues can be difficult. The stigma of a mental health disorder can be crippling for many men, which may prevent them from seeking help. Yet, research shows that some helpful and targeted support services for men can improve outcomes. So, it’s best to speak up.

Addressing the issues men face is undoubtedly multifaceted. However, diet and lifestyle can help. The key is not cutting out entire food groups or resorting to other drastic measures; it’s simply a matter of getting the balance right. We certainly don’t need to resort to highly restrictive or dangerous liquid diets. Experts have concluded that Warne’s fondness for these extreme diets may have added further stress to his heart and contributed to his death. 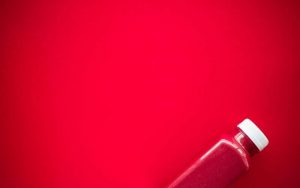 Detox diets are unnecessary and dangerous. The key is to make small and subtle changes over time rather than making radical and extensive changes. Remember, Rome wasn’t built in a day.

Further, new research has shown how our overall diet quality can impact our mood and mental health. Data from the landmark PREDIMED study showed that adopting a Mediterranean Diet protected participants’ hearts and reduced the incidence of depression.

Recent studies have also identified a cause and effect relationship between our diet quality and mental health. This relationship was previously seen as an association rather than something more definitive.

The Mediterranean diet has emerged from countries around the Mediterranean Sea – namely Greece, Italy and Spain. It emphasises fruits, vegetables, legumes, whole grains, nuts and seeds and moderate amounts of seafood, while extra virgin olive oil is the predominant fat source. Warne was right to laud the benefits of baked beans. Studies also show that the Mediterranean diet can be protective against prostate cancer. There is also evidence that this dietary pattern can positively influence heart health, improve sleep quality, and help with sexual health and erectile dysfunction.

It’s time to act. Men should have annual health checks. Just like we take our car to get regularly serviced, we should give our bodies a regular once-over too. Heart disease, diabetes, and some cancers can often be detected early when treatment is almost always more effective.

Men can profoundly change their health outcomes by modifying their dietary and lifestyle behaviours. Making better and more informed choices should be the order of the day.

The question is, are we brave enough to accept the challenge? Unfortunately, Warnie couldn’t spin his way out of trouble, so we must learn from his untimely death and take positive action.